BAIT, the Los Angeles based sneaker boutique, is teaming up with Saucony again for a third installment in their “Cruel World” series. The cruel world series are vegan friendly versions of Saucony’s iconic Shadow Original. Proceeds are donated to different charities for each release.

The original Cruel World was released in December 2013 and benefited “A Place Called Home” that benefits and educated youth in Los Angeles. 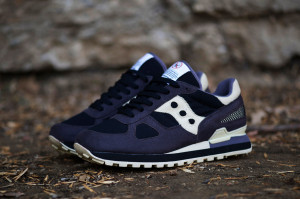 The Cruel World 2 released in April 2014 did the same for the American Cancer Society. 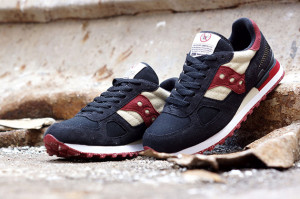 The Cruel World 3 will release September 27th and proceeds benefit the Natural Resource Defense Council, a program dedicated to fighting climate change and protecting the earth’s natural resources. Due to the nature of the beneficiary, BAIT has dubbed this color way the “Global Warming”.  Without a cork insole and the new unique tongue, the Global Warming is a strong departure form it’s two predecessors.

You can pick up a pair at limited Saucony retailers on 9/27, or enter a raffle now on BAIT’s website for a chance to secure a pair prior to launch.