A KD VI Aunt Pearl restock seems likely. Can we predict where and when? We think so.

Less than 3 minutes after the KD VI Aunt Pearl went on sale, the dust settled as “out of stock” messages started showing up in everyone’s cart. It was pretty clear that demand outstripped supply for this colorway by far. Immediately attentions turned to a restock. Will the KD 6 Aunt Pearl restock? When will it restock? Well first lets look at the supply indicators. 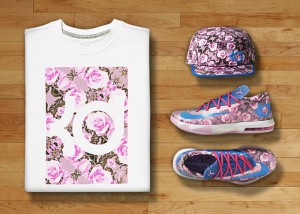 Last year the Aunt Pearl was sold online at 3 locations and in retail stores for several distributers.  This year, only nike and footlocker.com saw a full run and eastbay only soldGS sizes online. This means supply for the Aunt Pearl was limited, and we can safely say that it was intentionally limited. Demand for the KD 4 and 5 was equally as high and just as hard to cop, leaving most sneakerheads at the mercy of resellers.

Now quick sell-outs do strengthen the KD brand and keep demand rollover high for the next release. Unfortunately at this level it often discourages long time sneakerheads from even trying, leaving more “meat for the dogs” so to speak. This  results in even more of the share going to resellers who use bots, or have people on the inside reserving kicks for them in stores. But the random restocks? No one gets a jump on those.

See a pattern here? And there is logic to it too. These two week restocks are likely just returns and cancelled orders. They’re generally a full run but VERY limited quantity. The July restocks are much more likely to be b-grades since the nike outlets have seen every colorway, even the N7, BHM and All-Star hit shelves, but never the Aunt Pearl.