To celebrate Kobe’s career, aside from the Fade To Black Pack and the Lakers Themed Retro Jordan’s nike has also released some shirts and black and gold colorway options for their #MambaDay Nike iD selection.

This is part of a huge media push by nike that also included creating your own #MambaDay Posters and a Mamba Day commercial that’s been airing on network TV.

As we draw closer to #MambaDay other retailers of sports goods and sneakers have been getting in on the action as well, trying to capitalize on the end of a legend’s career. 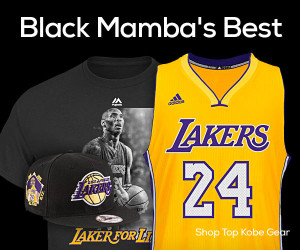 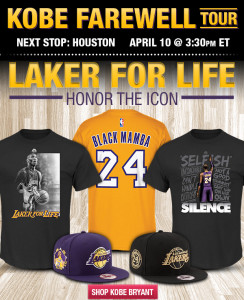 With Kobe Bryant ending is celebrated 20 year career tomorrow you can expect even more fanfare and media hype… perhaps more than just a European Black Mamba Pack restock from Nike?