Kobe Bryant has had one of the most distinguished careers in the NBA. Championship rings are just the icing on Kobe’s career, over the last 20 years he’s become a living legend. While his final season with the Lakers will be less than spectacular (although you have to admit, crushing the Warriors was pretty impressive) there’s a rush to cash in on his exit. 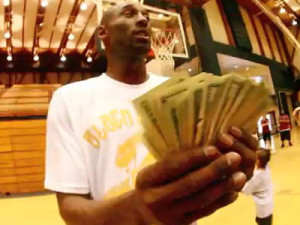 While Kobe started with adidas with signature kicks like the Crazy 8 and Crazy 1 (renamed from KB to Crazy after he left the brand) most associate Kobe with his signature Nike Basketball line. In between his Adidas and Nike contracts however Kobe was free to rock whatever he liked where he could be seen rocking Retro Jordans and Nike Huaraches in Lakers PE colorways. 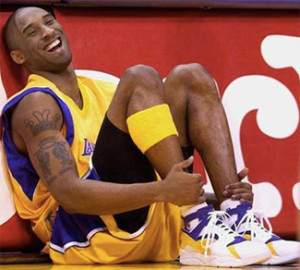 With the success of the 2013 Kobe signature Prelude pack which retroed his Nike Basketball line it seemed to be inevitable that we would get another chance to cop our favorite Kobe’s from days past. The Kobe Fade To Black Pack is set to release starting March 19th and continuing through April. 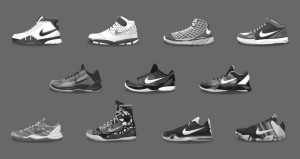 The  “Fade To Black” pack starts out with a white Kobe 1 and gradually gets darker throughout the releases. Undoubtedly will be yet another extremely limited and highly sought after release.

Even sock maker Stance got in on the Kobe retirement gravy train with limited edition Stance x Kobe Bryant collection. Some styles sold out nearly immediately, and if you can sell out socks, you can sell out anything. 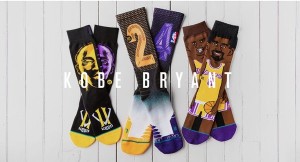 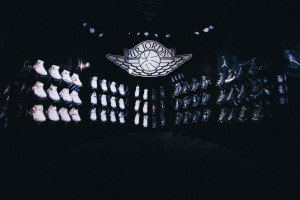 This sparked rumors that Nike might release some of the Kobe PE colorways to the public. Usually these rumors are just wishful thinking from sneakerheads but recently Michael Jordan’s son Marcus tweeted a Jordan Kobe Retro Pack giving the rumors some real basis.

The pack consists of a white Retro 3 and Retro 8 in a box set containing Kobe and Jordan’s numbers and signature logos. With no confirmation of a release it is still speculation, but it seems unlikely Jordan would pass up a chance to push out their $500+ sneaker packs when there’s a near guarantee of instant sell outs. 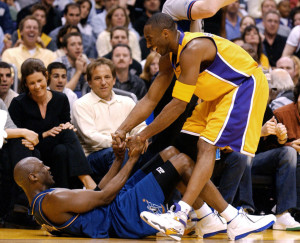 No matter how you sell it, one thing is for sure. Kobe Bryant is one of a kind and the game will not be the same without him.