No one in the sneaker world tries to warn buyers  about the fakes in the market, or resellers about not paying their taxes more than Cop These Kicks. In our latest episode of Talk Kicks we made the claim that “All Sneakers Are Fake”. Sure we were being snarky but there’s truth in it. Maybe you’ve been ignoring us thinking “that only happens to idiots” but it’s not just anecdotal stories anymore. Long time staple reseller in the sneaker world Supplied PDX, was busted yesterday with a metric ton of fake kicks and millions in unclaimed income. 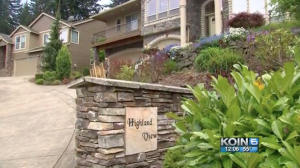 KOIN 6 reported on the sting joint operation between Nike INC and the IRS to take down one of the largest reseller operations in the US. Tucked away in Happy Valley Oregon is the residence of James Pepion, proprietor of Get-Supplied.com. On April 6th at 6:20 AM federal agents raided the house and seized over one thousand pair of counterfeit, stolen and grey market kicks as well as a handful of electronics and cell phones. 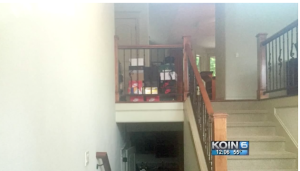 The investigation shows that Pepion has sent $174,460 in money orders to China and had made over $2,600,000 on PayPal flipping these kicks. Most everyone in the sneaker community had been warned about Supplied selling fakes, but their large presence, iPhone App and sheer volume of business kept luring in rubes who would drop hundreds on fake kicks.

It’s worth noting that no charges have been filed against Pepion yet, but this should serve as a wake-up call to buyers and sellers alike. Do your homework and pay your taxes. Nike and Uncle Sam aren’t messing around anymore.

Pepion was sentenced to 4 months in prison and 3 years probation for trafficking counterfeit goods and money laundering. Sounds like the dude got supplied with some justice.