If we go back in our memories, not too far back, we can remember Kanye West’s rant on his reasons for leaving Nike. It boiled down to price and accessibility, Kanye believing people shouldn’t have to pay a fortune for his designs and there should be enough to go around. The recent release of the Yeezy 750 Boost more than proved he couldn’t live up to either of those promises. At a $350 price point the Yeezy Boost cost a full 60% more than the Yeezy 2, and with most stores receiving less than a dozen pair, almost nobody got their hands on them.

Now as prices for the “Yeezy Seson 1” line from adidas leaks out it would appear the pricing and availability was no fluke. Seeing how Adidas is based out of Germany the prices are listed in Euros, but we can assume the exchange will be even just like the Yeezy 750 Boost release.

The kicks are another story, oddly priced below most clothing, perhaps in an effort to maintain interest in the line. 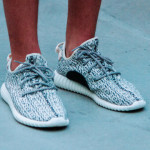 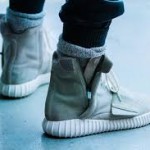 The higher prices aren’t entirely unmitigated as the Yeezy Season 1 is made entirely in Italy using premium materials. Aside from the higher quality, this also keeps the designs out of the Chinese factories that often steal and replicate new kicks and colorways before they hit retail shelves. Adidas uses the very same factories in mainland china that Nike uses. Often these factories leak designs and pump out replicas and “unauthorized” copies prior to launch to make some extra cash on the side. Keeping both design and production in Europe may at least slow the progress of the fake yeezy boost, a near plague for the Nike Yeezy market. 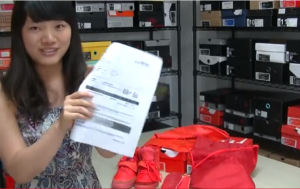 What do you think of the leaked prices? Does it change your mind at all about getting a piece of the Yeezy Action?