As usual during 2014 All-Star weekend a lot of heat dropped. The Jordan Lineup got the “Crescent City” treatment and the Nike signatures got a NOLA All-Star series. This included the usual Stars, KD 6 and LeBron 11. Altho the Lil Penny Posite got some time in the spotlight, it never got released to the public. That is, until now. 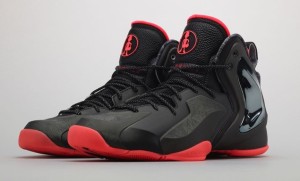 A few pair of the Lil Penny Posite All-Star have leaked onto eBay, generally selling between $400 and $500. Most had believed this release was scrapped and only samples existed. This Friday, 8/15 you’ll get the chance to pick them up at retail in a proper release.

A limited number of Nike retailers in Europe will receive the All-Star Lil Penny Posite. As we get more information we will post details, launch times and early links. Check back often or follow us on twitter to stay up-to-date with the Lil Penny Posite All-Star release.