The AJKO is back, and so is March Madness, so the Jordan Brand has brought them together for the Nike Air Jordan Retro 1 KO Rivalry Pack. 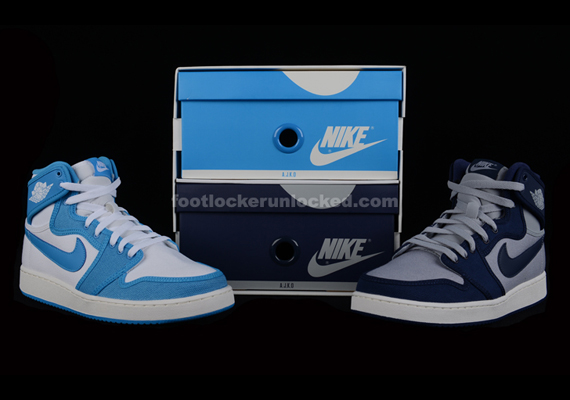 Nike is getting on board with march Madness with the SB Dunk Rivalry Pack and the AJKO Rivalry Pack. These packs include a UNC and Georgetown colorway paying tribute to the man himself  and the 1982 NCAA Championship where Jordan scored the game-winning shot against Georgetown.

So far only Foot Locker is confirmed to carry the Jordan 1 KO Rivalry pack. It is slated to be an in store only ticketed release. Tickets will be available 3/12 and 3/13 in select Foot Locker locations. Winners can pick up their pack on Saturday March 15 for $300.