Every sneakerhead knows Kanye West’s adidas Yeezy Boost line is pure money. We mean that quite literally as it’s a resellers pay day and click baiters from Complex to GQ try to capitalize off their hype. 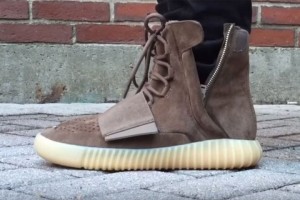 So far only 2 colorways of the 750 silhouette have released over the course of a year. Their higher initial $350 price tag inflates their resale slightly but it’s the base supply and demand differential that keeps their resale insanely high. Adidas has been slightly increasing with each release. While numbers aren’t available yet don’t get your hopes up just yet. Backdoor links and bots still dominate every Yeezy release and this one should be no different.

*UPDATE* Adidas has officially denied a March release for any Yeezys

There is no #YEEZYBOOST release this month. Official information on all @KanyeWest and adidas Originals drops will be announced here first.