On the heels of the highly successful Kendrick Lamar collaboration Reebok has scored another hiphop legend to add their flair to their kicks. Cam’ron the harlem based rapper notorious for his pink styling is changing it up a bit for a release to coincide with his upcoming album “Purple Haze 2” a follow-up to his 2004 release. A purple upper with a pink insole will certainly create a purple haze, and it’s no coincidence it’s set to release April 20th. That’s right, you’ll be able to score some purple haze on 420 this year. 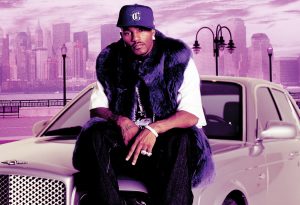 This isn’t the first time Cam’ron has teamed up with Reebok. He was also featured in their “Christmas In Miami” video that coincided with their 2013 Christmas Pack. Much like the Kendrick Lamar releases the Cam’ron x Reebok Pueple Haze is sure to be limited and in… high… demand.

Cam’ron has leaked a few photos of his upcoming Reebok Purple Haze collaboration and revealed that they will be limited to only 500 pairs.