The Adidas ZX Flux is one of Adidas’s more successful releases and they’ve been slowly building hype around new releases.

The Adidas ZX Flux Reflective Snake Print pack is available early at the Chimp Store. With a strange similarity to the Jordan Brand “Bel Air” colorway, these kicks pop with a 3M snake print only visible in direct light. 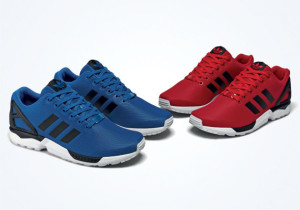 Also recently released is the Adidas ZX Flux Base Tone Pack. Originally expected in the fall, a few pair have leaked onto shelves of retailer JD Sports.

Finally the heart of the ZX Flux success is the print packs. They’ve been nearly the centerpiece of the Adidas lineup and now there’s two more on the scene. Adidas has released the Leopard and Rainbow for women.

Finally miAdidas has been resurrected just for the ZX Flux line. Adidas now allows you to create your own color way for the ZX Flux. Similar to Nike iD you get to make your own built-to-order color ways that represent your individual style. 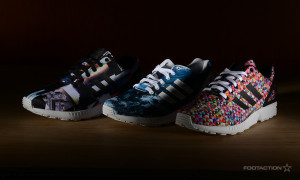 Adidas has also restocked the ZX Flux Cityscape that released alongside the Oceans and iconic Prism color ways as part of the Photo Print Pack.

SNS has also restocked the SNS x Adidas ZX Flux Pattern Print Pack with several sizes. This pack was a collaboration between SNS and Adidas and included a Snow leopard, Snakeskin and Camo patterns. Altho they sold out months ago, SNS quietly restocked them in all three colorways.