Jumpman has been in a slump lately with even Gold Retro 11’s sitting on a shelf. A few years back long lines at first come first served releases made Foot Locker re-evaluate their launch procedures. Lotteries became the standard for copping a pair of kicks and often lead to accusations of fixed raffles. Well it’s been a while since we even posted about a Jordan raffle, but the “Banned” Jordan Retro 1 has ticket lines buzzing again. 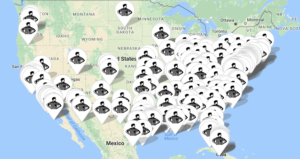 With a relatively modest, but not dismal stock list for the banned 1s(style 555088-001) and a renewed thirst for OG Jordans has people jumping from store to store trying to get a pair locked down. Resale is already above $300, while the 2013 OG Bred 1’s have been slowly slipping.