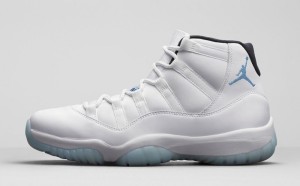 Tuesday December 16th is the last day to grab a ticket for a chance to purchase the Legend Blue Retro 11. Find a store near you and make sure you stop by before it’s too late.