Recently we wrote a piece about cutting the cord and saying good-bye to cable. If you’re one of the 29 million people in the US using Netflix already, you might as well get ready for the same treatment the cable companies have been giving. Starting May 2016 Netflix will be raising the price of their basic streaming package from $7.99 to $9.99 to 17 million of their their most faithful customers who helped build them into the highly profitable technology giant they are today. The reason for this price hike? Money of course. Even if analysts from UBS are correct and only 4% of Netflix subscribers ditch the service over this price hike Netflix stands to double it’s yearly profits from $305 million to $705million. That’s $750,000,000.00… Look at all them zeros. The real problem is, most of their customers, including yours truly, have no idea this price hike is happening. So we’re spreading the word, and you might as well too. So now that you know, what do you do?

Well, we’re dumping Netflix. That’s right, we’re choosing not to take a pointless price hike so that an already rich company can get richer. But what will you use instead? There’s a few options and all of them cost less. Of course with most of them you’ll lose Netflix Original Series like Daredevil and House Of Cards. 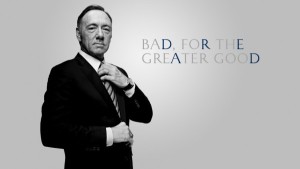 Amazon Prime – Amazon Prime offers free 2 day shipping on orders from online shopping giant Amazon. Along with those benefits you also get Amazon Prime Music which is a Spotify-like service and Amazon Prime Video which has nearly the exact same content as Netflix. At $100 a year it’s $20 cheaper than Netflix and offers so much more. You can give Amazon Prime a shot with a 30 day free trial.

Hulu Plus – Hulu is another streaming service. At $7.99 what you get is access to your favorite shows the day after they air instead of having to wait a year or more with Netflix. The downside, commercials. Hulu airs commercials with their streaming content. Far fewer than conventional Television but still a bummer. You can pay $4 more to nix the commercials, but that bumps up your cost but eliminated the drawbacks. There’s less content than Netflix offers so binge watching on your stay-cation has a fewer options. You can give Hulu Plus a 30 day run for free and see how you like it. 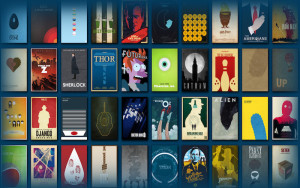 Kodi – Whelp… Kodi has it all. Quite literally has it all. How you use it is between you and the capitalist gods.