With 2015 being dubbed “The Year Of The Ye” after a run-off success of the Adidas Yeezy line, it’s no surprise the German athletic company has decided to retain the iconic rapper. Adidas announced they will be extending their agreement with Kanye West. This new venture will extend into new markets. Altho it was not surprising that Adidas decided to continue their work with Kanye there was some big news as well. 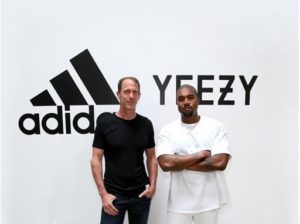 Adidas plans to branch the Yeezy brand out of Lifestyle shoes and high fashion design into sportswear.

“With adidas + KANYE WEST we are exploring new territories by opening up the sports world to Kanye’s creativity. This is what adidas has always been about, empowering creators to create the new.”

Fans of the Yeezy collection can look forward to a more athletic appeal in upcoming clothing lines and likely a more affordable price tag. Kanye’s first offering “Yeezy Season 1” saw a very limited amount of success, with discounts up to 80% just to move the pricy pieces. Kanye’s effect on Adidas’s sports line has already been felt with initial sales of blackout ZX Flux and unstoppable popularity of the Ultra Boost. It seems his track record in sportswear is already proven and a dedicated line is likely to continue to rocket Adidas’s sales to new heights.

This new dedicated line of clothing and shoes brings more than just the hope of a more affordable price tag. Adidas will also be opening retail locations dedicated to the Yeezy collaboration. This means we can expect products that are available on an every day basis ending the drought of Yeezy most fans face.

The Yeezy 750 and 350 sell out nearly instantly to a handful of resellers who manage to net dozens of pairs. This means most YZY brand enthusiasts are left no recourse but to find a pair on eBay. This avenue is riddled with problems, not the least of which is a price tag of well over $1,000. The other problem is a flood of unauthorized and fake pairs being passed off as the genuine article. Dedicated retail stores will give people the chance to cop some yeezys at retail prices without worrying that they’ve been had by some incredibly good looking knock-offs. 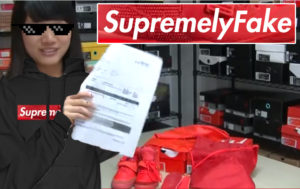 As Yeezys continue to dominate the conversation of sneakerheads everywhere, and Nike struggling to move their signature Basketball lines and seeing sales declines in the US this move may just seal Adidas’s succession as the new king of footwear.