It’s been a long long time since we’ve done a rundown of the week’s releases. I mean a really long time, but this week is so nuts we thought it was worth taking a few moments to go over what’s dropping. 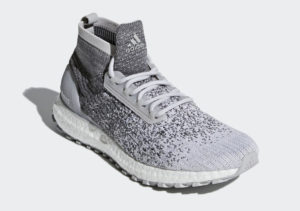 Adidas dropped another Reigning Champ Ultra Boost. With a mid upper and all terrain sole, there is obviously less appeal than the original drop. Still these kicks released early in the week to almost no fanfare and sat. I mean they are still sitting. An initial sell-out fooled a few hype beasts, but canceled orders and returns clearly took their toll as one-by-one, sizes came back. 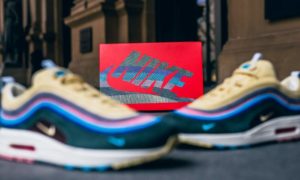 For Air Max Day Nike is dropping a new hybrid Air Max. The AM1 sole on a AM97 upper, designed by Vote Forward winner Sean Wotherspoon seems to be getting a lot of attention. Maybe it’s the limited availability, maybe it’s just the sense of something new. Either way, it’s our hope Nike lets this be a one-off and doesn’t try to grind out $ with a slew of 1/97 drops. 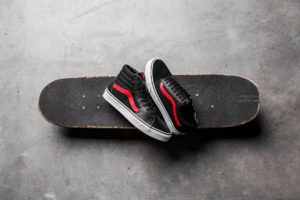 Shoe Palace is celebrating 25 years in the business with a new collaboration with Vans. Vans stock has been rising as they drop hit after hit, collaborating with everyone under the sun. This pack includes a Sk8 Hi and Old Skool utilizing the iconic checker pattern on the inner panel. Limited edition shirts will also be available in Black and White. This pack will drop Saturday at 10 AM exclusively at Shoe Palace.

Vachetta Tan retro 12? That’s pretty sweet actually. Retro 1 Game Royal? What are those frags? Blue Chicagos? Who cares, COPPED! Fire red Tinker 3? Fire is right, sell a kidney. On a normal week just one of these drops would seem like a decent pickup but Jordan has been hitting back hard in 2018. Constricting production numbers to combat the flood of GR’s that brought the brand down in 2015 is a big part of it. These Reverse Royal 1’s were so limited that nike reserved pairs were OOS. That’s messed up but you gotta respect the troll. Either way, Jordan is primed to snatch back their crown.

Puma Big Sean collaboration, a whole flock of fugly Adidas Deerupts and Air Max 270s, yada yada… I’m sure I’m missing more. The whole week has been packed with drops. Just getting over the spring lull we can expect the ramp up to continue as long as folks are shelling out 2 bills plus on fresh spring kicks.