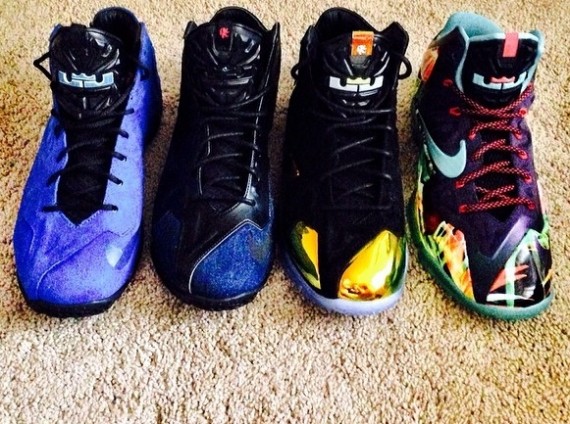 On the verge of the much hyped KD VI EXT Floral, photos of a LeBron 11 EXT Blue Suede have surfaced. Nike is clearly renewing it’s commitment to the EXT series. The LeBron X EXT were hugely successful with the Cork, Suede and Denim models. The Kobe 8 was equally as successful with it’s Kobe 8 EXT YOTS release. It is no wonder they are bringing it back in 2014 and adding the KD to the lineup.

So far the LeBron 11 EXT lineup includes a Denim, Suede, Palm Tree (Kings Crown) and a Kings Pride-esq metallic colorway. No release dates have been announced yet, but if it follows last years tradition, expect release delays and last minute Quick-Strike releases.