The NBA had some pretty intense moments with contracts expiring, and options opening up. LeBron James went back home to Cleveland, while Carmelo Anthony opted to stay in the Big Apple. But there was another big free agent on the market, and that’s OKC’s Kevin Durant. KD signed a 7 year contract with Nike for $60 Million back in 2007. As that deal expired Nike was caught in a battle with Maryland based Under Armor over the MVP. 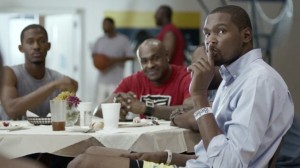 Under Armor had reportedly offered KD $250 million to endorse the rapidly growing sportswear maker. KD has always expressed pride in his home town and UA is based just miles from there in Baltimore Maryland. Speculation grew as the Nike camp was silent on the status of their #2 athlete. Finally on August 31st KD announced he had signed back up with Nike.

Excited and humbled to sign back with the swoosh!

Likely using Under Armor’s offer as leverage, this allows Kevin Durant and Nike to continue their symbiotic relationship that has exploded in popularity each year. Between 2012 and 2013 sales of the KD signature line increased 400%. To put it into perspective, Nike was paying KD almost $10 million a year, and making $175 million off his shoes. Before the new contract, LeBron James was getting 4 times as much, but his shoes sold less than twice the amount of the KD line. 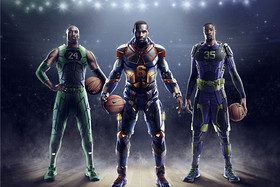 The sales of KD’s aignature line have continued to cut into LeBron’s partially due to the lower price point. The LeBron 11 is priced at $200 whereas the KD 6 retailed at $130. KD’s philosophy on his signature shoes was always about keeping the price down. Growing up with a single mother and several siblings, his family lacked the expendable income for the expensive signature lines. However it seems each year KD has compromised on his promise as the price between the KD 4 and KD 7 nearly doubled.

With the expense of this new endorsement lingering over Nike executives who have continually pressed for higher profits and exposure, often at the expense of build quality, this trend will continue. However there may be another way for KD to offer his kicks at lower prices. This year marks the first year ever that Nike will release the Trey 5 line in the US. Normally only released in Asia, the 2014 China Pack will feature the KD Trey 5 and should fall well below the $150 price point of the KD 7. Similarly nike recently released the Kobe Venomenon line in the US with limited success to offset the incredible price jump in the Kobe 9. 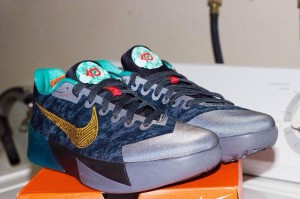 Rising costs tend to be a common complaint of sneaker enthusiasts and collectors. While a $200+ price premium makes sense for performance athletes, it limited viability as a casual wear, or collectors footwear. As Nike battles between their obligations to endorsement athletes and their fiscal accountability to shareholders we will likely only see this price hiking ramp up over the next couple years.