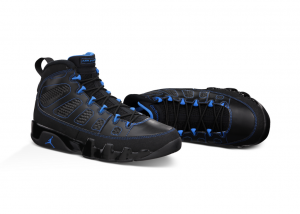 With less than a week of rumors flying, it has finally been confirmed. Nike will release the Jordan Retro 9 Photo Blue “Black Bottom” tomorrow 5/9 at 7PM EST

The “Black Bottom” first appeared last year when photos surfaced of the “Photo Blue” with a black, rather than white, sole. Assumed to be variants off the line no one expected a release. Surprisingly nike is releasing this  variation and at only $130 as opposed to the usual $160-180 price tag for the Jordan Retro series.

So far only Nike.com is set to release the “Black Bottom” and no one knows what quantities look like. As usual the link will be via twitter only.

Nike confirmed the release with a tweet, and has added the launch to their calendar. 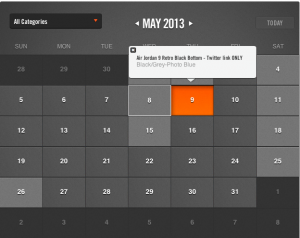