Nike has added the Jordan Brazil Pack to their release calendar. This pack will contain the World Cup Brazil colorways of the Jordan Retro 6 and CP3. 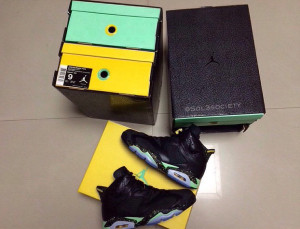 They will be released only as a pack in the US on June 21st, however in Europe they will release on the 12th and will be available individually as well as a pack.

@Porkynou The styles of Air Jordan 6 Retro WC releasing on June 12th will be available in a pack and separate from each other.

Between the relatively high price, rumors of limited quantities and world cup hype it does seem that the $500 price tag will still see near immediate sell-outs. Given the popularity of soccer in Europe they may end up receiving the majority of production. This will result in a near guaranteed frenzy over copping a pair here in the United States.

We will keep you up to date with detailed photos and early release info as we get it.