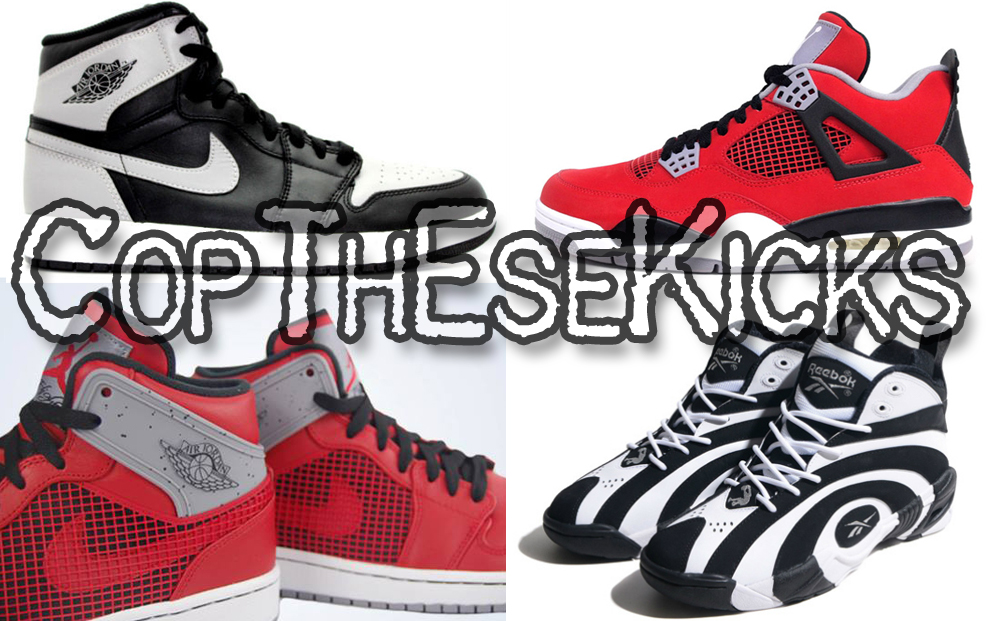 After a week without a single Jordan release, sneaker heads are ready for the Jordan Trifecta dropping Saturday 7/13

Jordan Retro 4 “Toro Bravo” has seen a lot of leaks in the last 6 months, original speculation had it set for an October release, but Jordan Brand made a surprise move and bumped them up for a summer release. Dropping 7/13 for $160.

Jordan Retro 1 OG “Shadow” is a Black-Soft Gray in the classic Retro 1 silhouette. Similar to the Fear Pack, ready to drop this fall, it’s a monochromatic release, set for all the usual retailers 7/13 with an impressive price tag of $140.

Last but not least is a late-to-the-show Retro 1 ’89. Like the AJ 93 and 98 it combines the classic retro 1 with attributes of the retro released that year. 1989 saw the Retro 4 drop, and the unmistakable mesh siding and lace strap will make an appearance. Expect the Retro 1 ’89 Fire Red to hit limited retailers 7/13 at $130.

This weekend Shaq fans waiting on that mysterious Shaq Attaq Restock will have something else to look forward to as the Shaqnosis OG black/white hits stores Friday 7/12 for $115. This will be the first appearance of the Shaqnosis since it debuted in 1995. They’re expected to be a wide release but with limited quantities.

Last but not least, after last week’s failure to launch, nike has set July 12th as the re-release for the Doernbecher Air Max 95. Available only from nike.com for $155.