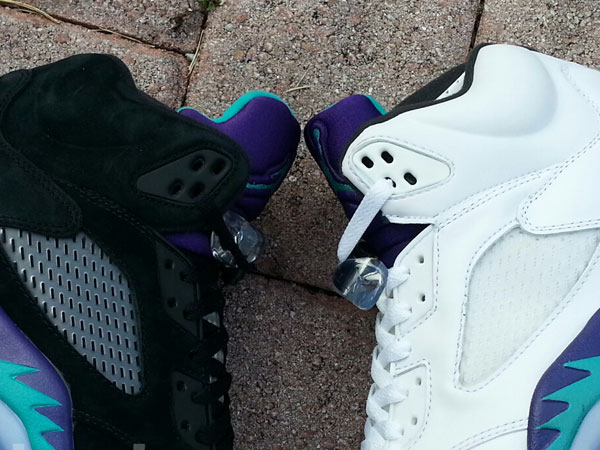 With week 2 behind us, Jordan fans are already looking forward to the June 15th release of the Retro 5 Black Grape.

Along with the release is a long standing, but unconfirmed rumor, that the original Retro 5 Grape will restock as well. We’ll keep you informed as we find out.

Also dropping on the 15th is the Kobe 8 NSW Lifestyle “Gorge Green Snakeskin”. The snakeskin pattern looks similar to the Kobe 8 EXT Year Of The Snake. Much like the Kobe 8 “Mexican Blanket” they will be a limited release and only available at select house of hoops.

We’ll also see the Kobe System VIII with a Challenge Red-Silver colorway that also looks strikingly similar to the year of the snake release.

Also releasing on 6/15 is the LeBron X Low “University Red”. This was the first of the silhouette to leak to the public, featuring a red on red upper.

Finally the KD V Elite is getting another color way. A Team-Orange upper featuring a yellow swoosh and toe, and blue laces.