October 21st 2015… it’s the time that Back To The Future II was set in and for many of us growing up, gave us gadgets and technology to look forward to in the future. 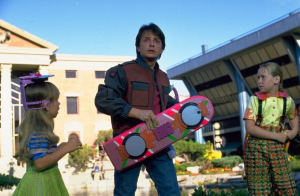 Well the future is here. In 2016 we saw magnetic hover-boards finally made a reality, and motorized versions a viral novelty. The cubs are clinging onto World Series hopes, a woman president is at least a possibility and Tinker has promised self lacing sneakers this year.

Brands have started cashing in on the hype as well. Toyota launched an ad campaign with Michael J Fox and Christopher Lloyd (that cleverly mentions the Nike Air Mag). Pepsi will release a limited number of “Pepsi Perfect” bottles, as featured in BTTF 2 at serious inflation prices of $20.15. 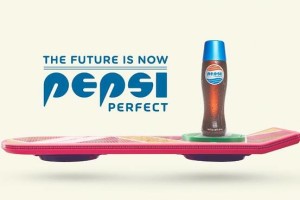 Bottles of Pepsi Perfect will be available at Amazon, Walmart and Pepsi 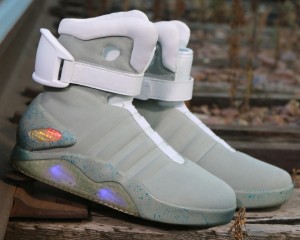 Nike however has been relatively silent. While a limited run of authorized “Back To The Future 2” shoes were released earlier, they notable were lacking the iconic “Swoosh” and Nike branding on the strap. 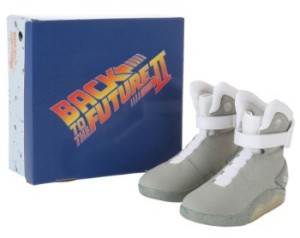 However the fictional Air Mags were not the only hard to acquire kicks from the Back To The Future Saga. Marty’s iconic low-top Nike Bruins were out of production too and only brought back momentarily in their simplistic red on white colorway. This year, not only has nike released a slew of “McFly” Nike SB colorways, but on BTTF Day, we will see the Nike Bruin brought back in the vintage colorway as well.

But of course all eyes remain on the Nike Mag, which reached prices above $10,000 last time they were released on eBay for charity… and hey, they didn’t even lace themselves. It seems unlikely that Nike wouldn’t cash in on the publicity craze that October 21st promises to deliver, but delays, production issues and a general distrust of the brand has the sneaker public feeling doubtful about a release. The Nike made it worse…

Followed by more fanning of the flames by Nike’s PR Director, Heidi Burgett

We’ll find out tomorrow if self-lacing shoes will be part of the future. https://t.co/X1NxgqRmAR

But with or without the Air Mag, we still get a chance to catch a ride in a delorean thanks to Verizon and Lyft, or grab some sweet BTTF x The Hundreds collaborative clothing (available here and here)… but lets be honest, we want Mags!

Undoubtedly the Nike Air Mag holds a special place for the nostalgic fans of America’s Sci-Fi sweetheart franchise, but also for the still bitter sneakerheads who just couldn’t shell out two to ten G’s for a pair of mags. 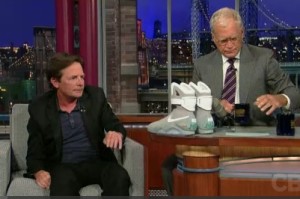 I guess we will just have to wait see tomorrow, along with Marty. 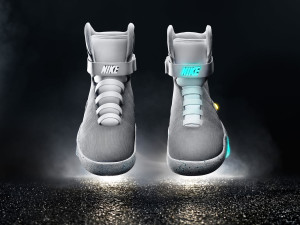 **UPDATE** Nike will release the 2015 Air Mag via auction next year.