Already looking ahead to next week’s releases, the Air Jordan 1 Retro High OG “Quai 54” (AH1040-054) is set to drop July 7th. The Quai 54 Basketball Tournament is a yearly event in Europe sponsored by the Jordan Brand. Previously Quai themed kicks were hard to get being an European exclusive but Nike has been bringing them to North America in classic silhouettes. 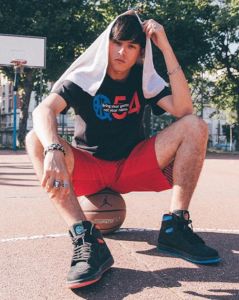 The Retro 1 Quai 54 is decked out in Red and Blue as a nod to Paris who will host this years tournament. The Italy Blue and University Red colors are reminiscent of the Top Three and Lance Mountain colorways on the Retro 1 which will likely bolster demand. Being an OG silhouette means there is no Jumpman on the heel and a Quai 54 logo replaces the “Nike Air” branding on the tongue. 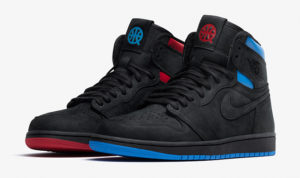