Adidas is all set to drop another Yeezy Boost 700. This is Kanye’s chunky shoe with BOOST tech. Ye’s recent string of flops paired with his misogynistic rant while meeting with Russian Reality TV star Donny Drumph have many wondering if the “Yeezy” brand will be sustainable.

It should be noted however, that even the incredibly wide release of the triple white Yeezy 350 still sold out and are edging out the Butters in resale value. The Yeezy 700 was originally a hit with the release of the Waverunner colorway. However the recent restocks have seen the price drop precipitously, perhaps a black paint job can kickstart the 700 line again.

As with all yeezy launches, beware the fakes. You really shouldn’t struggle too much to cop a pair anyway. I mean, if you pay resale for fake Yeezys in 2018, you’re really just the biggest chump in the world. 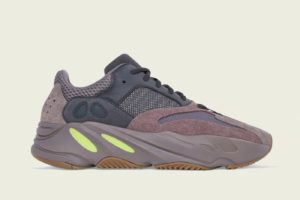