We often applaud UNheardof for using their share of Yeezys to give to charity instead of capitalizing off social media. Now SNS is using their pairs for a good cause as well.

Sneakersnstuff will auction off 30 pairs of Yeezys with all proceeds going to the people go Haiti who were devastated by Hurricane Matthew. While many were complaining about an inability to grab Kanye West’s latest hype in a can, there were people losing their lives and homes in Haiti. SNS has decided to help those in need. In cooperation with Red Cross you can make a donation to help the thousands who were left homeless form the hurricane.

Instead of feeding resellers who only care about their pockets, if you were planning on copping a pair of Chocolate Yeezy 750’s, here’s a chance to feel good about where the money is going. And you know what? You won’t even have to worry that these Yeezys are fake! 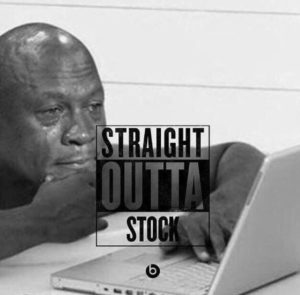 Auction starts Thursday October 20th and ends October 24th. Already have your Yeezys? Don’t feel like spending cash on Yeezys? Consider donating to the cause because every bit helps. We can complain about taking those L’s and post Crying Jordan Memes, but at the end of the day, we’re pretty dang lucky.