Yet another collaboration from the minds of Bodega and the factories of Saucony. The Sweater Pack is aptly named given it’s knit wool tongue and upper panels. We leaked the link last week after it appeared in SneakersNStuff’s inventory but had no idea what they were called.

According to Bodega the inventory is extremely limited which is believable as not all retailers will get both color ways. We will post updates on where to cop and what time as well as early links as we near the launch date. 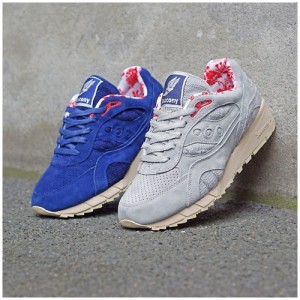