So you have an Amazon Fire Stick but still want a more customizable layout and access to hundreds of free streaming apps? Don’t we all. Transforming your Amazon Fire TV or Fire Stick into a multimedia monster doesn’t have to be complicated or difficult, so lets make it real easy for you. Here is our tutorial on how to jailbreak an Amazon Firestick and install Kodi without rooting or side loading.

This method does not require a computer to jailbreak the Amazon Fire TV Stick. You can use your computer to install Kodi on a Fire Stick by side-loading the app.

Disclaimer: A Kodi build on a Amazon Fire Stick can give you access to tons of legal content but also to illegal live TV and movie streams. CTK does not condone or promote illegal actions, so, hey, just be responsible and whatnot. If you get into the illegal content, fry your products, quit your job from an HBO addiction, that’s on you.

Now this should be relatively painless process but if you have hiccups or questions feel free to hit us up on twitter.

OK, with that out of the way, lets get hacking!

Tutorial – How To Install Kodi on the Amazon Fire Stick 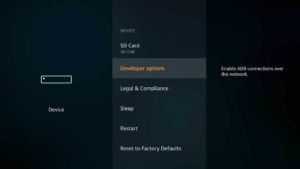 It’s a free App that makes all this magic possible. Once you’ve downloaded it launch the app. Time to get AppStarter which makes installing and launching Kodi a simple process. (Amazon has force uninstalled FireStarter in Fire OS 5.0.5 and higher. AppStarter gets around the app blacklist.

In the “Path” field type http://fs.bpx.li under “Name” put appstarter then select Add. It should say “bookmark added” or some such verbiage. Now we need to install appstarter.

After download is complete, click “Open File” then click on the AppStarter api android icon. It should install relatively quickly. Now it’s time to install Kodi.

Well, there you go. It’s Kodi time! I recommend  (fusion has been closed) Smash Repo to make finding and adding apps a breeze.

Now you can install the USTVNOW App, or you know, other fantastic Apps, which apps? There’s almost everything under the sun out there. Live TV, movies, classic shows, everything you need to binge watch your butt off. Looking for unlimited access to sports and pay-per-view fights? It’s out there! Or just go with a pre configured Kodi build that basically does all the work for you.