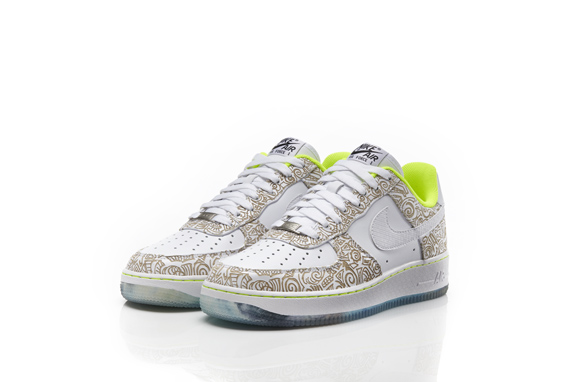 “Colin Couch participated in the Doernbecher Freestyle program in 2008, telling his story through graphics on the iconic Air Force 1. A modern-day renaissance kid, Colin shared his love of life, art and fashion with lasered graphics on the upper panels, along with an acrylic paint palette on the outsole of the shoe.  As for Colin, now 23, the renaissance kid has turned into a renaissance dude studying finance at BYU Hawaii.”

This is the third of five Nike Doernbecher restocks. July 2013 saw the release of “Captain America” Air Max 95 and the DB Jordan Retro 3.