Just a heads up! You’ll want to keep Eastbay on your radar tomorrow. #PrepareToWin pic.twitter.com/3HOfFgpCBo

Since the Kobe 9 EM Premium Philippines never hit their shelves, one might assume we might get a proper release. While Eastbay denies a restock, their tweet is still up on their official account. This has happened before, accidental tweeting of unreleased or incorrect info but Eastbay was always quick to take the tweet down. However strange and for whatever reason that graphic was tweeted, the last thing it seems to be is a mistake.

**UPDATE** The restock was just the Kobe 8 YOTH that nike had on sale for under $100 last month. 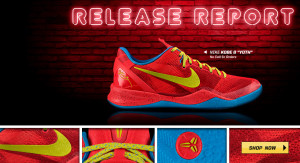