After much speculation and misinformation, there is finally a concrete release for the super hyped Supreme Jordan collaboration. 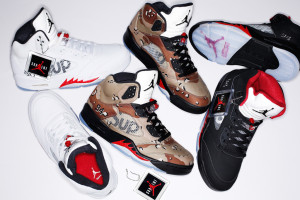 These Supreme branded colorways of the iconic Retro 5 will be dropping online Friday October 16th, likely at the usual 11 AM Eastern release time. The London Supreme B&M store will stock the Supreme x Jordan Retro 5 and Supreme Japan will sell their stock on Saturday October 17th. 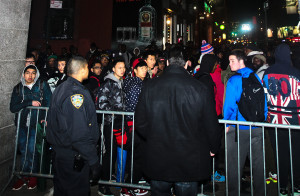 It’s worth noting that the US locations New York and Los Angeles will not release the Retro 5 collaboration, most likely due to the frequent need for police intervention at their US locations. 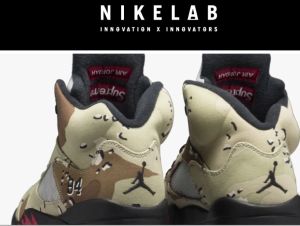 NikeLab announced VIA Instagram that, while they will not carry the Black and White colorways, they plan on launching the Camo Supreme Retro 5 “soon”. While they did not specify the exact date or time, it certainly is cause to keep an eye on Nike.com for their release October 16th at the usual 1 PM.