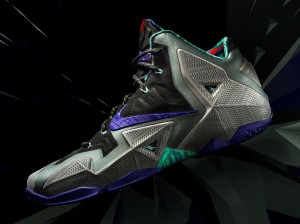 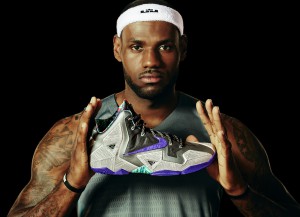 The design of the shoe is inspired by the Terracotta Warriors as we see them today — in neutral stone colors along with pop colors of purple/teal/red to represent how they were originally painted. The graphic texture on the upper articulates the linked, plated armor that the warriors wore. The special lining shank design graphic is drawn from the style of Bronze Age art, the era in which the Terracotta Warriors were made. 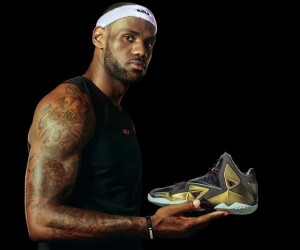 The “Kings Pride” colorway will release October 12th and will be the first LeBron XI to hit stateside.

James plays with fearlessness, determination and the heart of a lion. The King’s Pride colorway draws inspiration from the lion – its dark loden upper color and the floral print on the collar lining reflect the pride of the wildlife.

No word on the retail price of the LeBron 11, but with the addition of Armorposite, the LeBron signature foamposite material, we expect to see these start around $200