The Kobe Bryant store has posted a banner stating the store will reopen July 15th with new products and exclusive prelude packs.

The Kobe X Elite Low HTM pack which released in Italy back in April was slated to release worldwide “later in the Summer”. Speculations about an imminent HTM release have been floating about and this update seems to be fueling the fire. 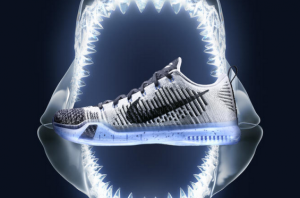 Slumping sales due to high prices, nominal brand hype, mid week releases and a lack of Kobe’s presence on the court have been hindering the Kobe X. Most colorways can be picked up soon after release at steep discounts and even known to hit Nike Outlets within a week. The general failure of the Nike Basketball Signature Series to grab attention of sales has been a regular topic on our weekly talk show Talk Kicks.

Altho there is virtually nothing confirmed for this release, it certainly has sparked a conversation in the sneaker community and renewed hope to the Kobe faithful.

You can access the Kobe Store even while the main site is down here.