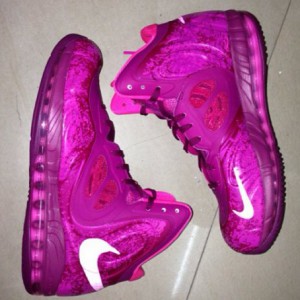 Photos surfaced a few months ago of a pink Hyperposite with no official name or release date. Commonly called “Plum” nike has announced the official colorway to be Raspberry Red – Pink Foil – RV Pink

The Hyperposite is back after a brief release rest starting with Rondo’s “Christmas” release and then Tropical Teal set to drop 8/24.

Expect the Raspberry Red to drop 9/15 at $225 in select Nike retail partners.