Nike has changed the release schedule for the highly anticipated, extremely limited Air Jordan / Zoom Vapor Nike Lab crossover. Originally scheduled to release at 1 PM Eastern, now they will drop at 9 AM Eastern (6 AM Pacific). 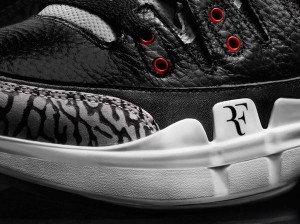 The Nike Zoom Vapor AJ3 is a mashup between two Nike brand superstars Tennis great Roger Federer and the GOAT Michael Jordan. While the Retro 3 has been shelved for the time being due to lackluster interest, tho the Zoom Vapor AJ3 seems to just build steam. The initial release in white sold out in seconds. The Black color way will likely go quicker due to higher anticipation. 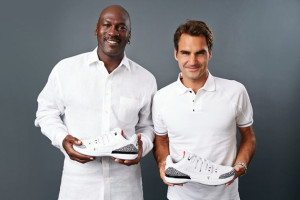 Countdown is already live but Nike has not been implementing captcha making it harder and harder to cop limited releases. It is worth noting however that Nike seems to be releasing it’s stock in waves. One during original launch, then a second wave half an hour later. If you miss out on the original release, don’t give up, there may be more on the way.