After a week of a relatively normal launch calendar, nike mixes it up with daily drops again. This Thursday we get a new color way for the KD 7, this time dubbed the “Electric Eel” and the Nike Blazer Metric finally hits the United States in “University Red”. 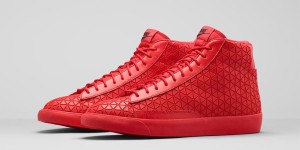