Sunday November 23rd is marked on every sneakerheads calendar. The Annual Doernbecher collection is a must cop for most collectors and is one of the most limited releases of the year. The set always features a Jordan Retro, this year it’s the retro 8, and it’s so popular, even RSVP services sold out within minutes. 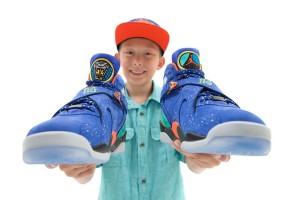 You can cop the 2014 Doernbecher Collection Sunday 11/23 at 10 AM EST (7 AM PST) **UPDATE** Some kicks and clothing have been delayed due to “Shipping Issues”. Delays have been noted and new launch dates will be posted after the links.

DELAYED* Due to “shipping delays” several segments of the Doernbecher collection have been pushed back to december.