The Nike Air Foamposite first released in 1997 as Penny Hardaway’s signature line. At first the new material didn’t find much success, but over time became one of the most sought after leading to long lines at launches and instant sellouts. Around 2012 the hype peaked with the release of the Foamposite Galaxy. Nike, almost as if it’s their new business model, burned the line out with constant releases and goofy colorways.

The Foamposite has struggled since 2014 with only the Yeezy and All-Star Chromeposite gaining any real traction.  Now it seems Nike is taking a hint from Jordan and bringing back classic colorways to revitalize the line. Rumors have the Neon Royal, Copper and Eggplant colorways returning to retailers next year. This is guaranteed good news for fans who missed out, bad news for resellers still looking to unload some of their rapidly depreciating stock. Rather this will work out for Nike who’s losing ground to Adidas is unknown. 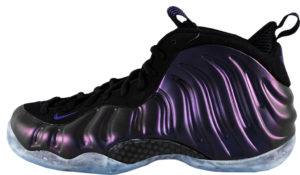